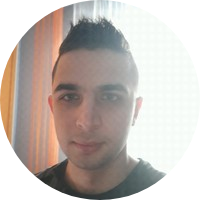 PHP or Java - how to choose the right technology for an IT project?

The choice of technology for the implementation of an IT project, e.g. a CRM system, is the most important stage in the entire project. Why? The reason is actually very simple. The slightest mistake here will haunt both the executing and commissioning team throughout the project life cycle. There may even be a situation where the entire project has to be deleted and rewritten. I think that nobody can afford such a huge risk, so in the article below I will explain how to make the right decision regarding the technology chosen.

The choice of technology should be left to the discretion of your company development team. It shall consists of people who are up to date with the latest technologies and know their pros and cons by heart. Someone may say: âWell, Pavel, but I have an IT department that I trust, and I don't know the other people outside specialists who could possibly create my project. So why can't my team propose the technology? â Of course, the company's IT department can propose the technology, but remember that since we outsource the implementation to another company, it means that we do not have the resources to support such a project and therefore we have to trust people who know it. The company's IT department is very useful when analyzing the contractor's offer and when determining the assumptions of the project and implementation. I know from experience that sometimes an IT employee wants to prove his worth by force and negates the contractor's ideas, even though he is often wrong. In such cases, when we have a few completely contradictory sentences, it is worth consulting an external specialist.

Enough of the basic introduction, let's get down to business. I will deal here with the programming languages from the title and describe when it is better to choose one of them and when the other. A keen eye will notice that in the subject I did mention technologies, and here I am writing about languages. The reason is that technology has a lot in common with languages, and I will cover them both.

An important note: in this article I will only focus on backend technologies. Don`t you know what back this means? I invite you to Ultimate Systems latest article â IT dictionary.

PHP is a language designed to implement small and medium-sized but simple web applications. Technologies that support it are, for example, the most popular currently:-Symfony and Doctrine. You have to be careful here. PHP is one of the simplest programming languages ââand therefore there are a lot of programmers who can work with it. This is a plus when we are looking for a person to develop an application written in this language for now. The downside is a lot of self-appointed âexpertsâ on the IT market who want to write absolutely everything in this language, event those inappropriate applications.
Such people create way to complex and complicated systems in PHP which become quickly out-of-order and cannot be reasonably developed and maintained by anyone.
So if you place an order to an outsourced company to write an ERP system and you receive their proposal in PHP better ask your security services to take these people out of your company as soon as possible... ????
No time to waste, Guys!
The advantage of PHP is that the hourly wages for it are quite reasonable in price. Working in it is fast, so it is perfect for quite simple applications.

The main advantages of PHP language:
- Quite low cost of project implementation
- quick creation of the project
- a large number of programmers know the language
- relatively good performance and efficiency
On the other hand, Java is a programming language in which we can write literally anything, starting from web and mobile applications finishing on programs installed on a computer. We can write small and simple applications in it, but it makes no sense because it is used to implement large and complex enterprise-class solutions, e.g. ERP systems. Java is a language in which it takes a little longer to implement and therefore the costs are higher. However though, te advantages of Jave are fully compensate for the costs incurred. The most popular technologies for this language are Spring and Hibernate.
Projects implemented in Java are efficient and scalable. Thanks to this, we can expand the system without restrictions. Of course a lot depends on the development team, but Java is a difficult language and does eliminate âpseudo programmersâ easily and quickly. Another important advantage is security. In this respect Java definitely beats PHP so much. Overall, it's hard to find a comparison where PHP fares better. Well, maybe uninstallation timeâ¦????
The main advantages of the language:
- very high efficiency
- scalability of the solutions being made
- high level of security
- unlimited possibilities of project development
- lower risk of hitting incompetent contractors
âAll clear here but I've heard about other programming languages ââlike C ++, C # and Python.
What about them than?â

- There are many programming languages. And of course each of them has its advantages and disadvantages. For example, C ++ executes complex programs that require very high performance like gaming.
C # is comparable to Java when it comes to its range of possibilities, but it loses in direct comparison.
Python is a language designed for rather simpler solutions like described above PHP. However, it has a large share in artificial intelligence (AI) and works very well there.
And now, finally let's get to the point! Basic example of our local Polish field of IT market.
A Polish e-commerce giant came up with a mechanism for tracking what a user was browsing and based on that was proposing other websites, applications etc that could possibly be of interest to him. The programmers have chosen in a huge euphoria the technologies and started working for several months with them. After internal tests, they launched this mechanism into production and went to celebrate their success. Champagne! Waitâ¦not to early thought?
The programmers team only managed to get up from their desks for a break and head towards the exit. After walking a few meters, they unexpectedly received a call from the technical department thatâ¦ the entire platform was down! Why?! Answer is so simple- it happened because the technologies they chose did not keep the production moving. The whole thing had to be rewritten again in another language of course.

To quickly sum up- it is absolutely worth considering the choice of a right technology carefully and there is no room for rush and, as a result, error. You need to think carefully about the subject and consult it with the dedicates development team of high end professionals. For a good decision to be made, the client must communicate clearly all his expectations about the desire system and describe the functions he wants to introduce in the future as well, as it might be crucial for further systems updates. Here absolutely any information can be worth and a seemingly insignificant function may require choosing a different technology and the whole plan could be ruined in a matter of a single second.

In my opinion in a case of creating simple applications, I would of course recommend PHP. It`s implementation would be faster and cheaper. In the case of an extensive application for which we have large development plans, I would still strongly recommend Java. Of course, it requires more financial outlay and time but the value resulting from the possibilities of this language and accompanying technologies will compensate us everything.

Here at Ultimate Systems Customer satisfaction is our key point. That`s why we do always explain why we would prefer to chose such technologies and not the others. We present the advantages and inform you why other technology will not be a good idea in a project. If it makes sense, we tend to offer two technological versions and languages to choose from. However, we always help you make the best decision! ????